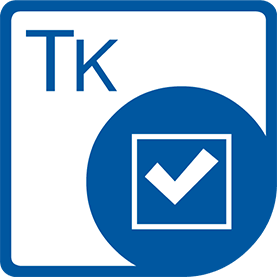 The C++ project management API offers comprehensive tracking definition, capabilities and planning, giving developers the ability to create and, load tasks, assign or remove resources to or from tasks in their applications.

Export Microsoft Project Data to many other Formats

The Aspose.Tasks for C++ API provides an interface to export project data in XML, MPP, PDF, HTML, CSV, TXT, XLS, XLSX, WBS and MPT formats for easy transmission of information. During the exportation of data to HTML fonts, images and CSS styles are exported to separate files making them dynamically accessible.

To expedite the setting up of a project, the Aspose.Tasks for C++ API allows users to set primary and general properties, including metadata, calendar, and currency properties. Primary properties include new task start and finish points, the default overtime, standard pay rates and a lot more. The library allows developers to read and set general project properties such as the current date, the status date, project's start and end dates, the type of calendar used and when a project is scheduled from. The library also saves summary keyword, subject and comments information and more.

The API supports formatting currency code, numbers after the decimal point and currency symbol, Reading and writing the fiscal year and weekday properties.

The Aspose.Tasks for C++ API can dynamically handle tasks within a Microsoft Project file by using its wide range of classes. Developers can easily manage task baseline scheduling, budget assessment, duration and constraints on tasks as well as create and manage links between these. The API also gives developers the capability to read, change and create milestones, tasks and estimated critical and effort driven tasks.